Guillermo Simón García began studying piano at the age of 8. He finished the Bachelor Degree at the Conservatory of Madrid, studying solo piano with Almudena Cano and chamber music with Lidia Stratulat and Jose Luis López Gimeno, playing the final recital in 2008. Afterwards, he moved to Amsterdam to study with David Kuyken, supported by the “MM postgraduate scholarship”, where he graduated with distinction in the Bachelor and the Master Piano degree in 2012. During his studies, Guillermo has participated in masterclasses by renowned pianists as Eldar Nebolsin, M. A. Ortega Chavaldas, R. Egarr, Ralph van Raat y Udo Reinemann among others.

In 2012, presented a research work in the Sweelinckzaal of Amsterdam, “Beethoven’s piano Sonatas in Historical Recordings: The big time fluctuation “. In there, Guillermo studied and wrote about the performance practice of master pianists that recorded piano music in the XX Century like Schnabel, Lamond, Fischer, Gilels, Barenboim, Horowitz, etc. Specializing in “Tempo and Tempo Fluctuation” in Beethoven’s piano Sonatas, his graphics show the huge time fluctuation that all pianists do while performing Beethoven Sonatas, which raises questions about the real intention of Beethoven’s way of writing in relation to time stability. The research demonstrated that time rigidity rests on coherent theoretical grounds, but it losses partially its coherence when it has to be performed practically.

At the end of the year 2014, Guillermo commenced a new phase in his career. While continuing his teaching and coaching assignments, he started producing concerts and festivals to help young pianists to perform on stage, learning about the tasks that are done backstage by mixing music and organizational actions. During the year 2015 and 2016, one step further was made within this development and he entered the “Vrije Universiteit” of Amsterdam to study an anthropological master of organizations, human behavior, and strategies to change cultures.

In January 2015 and thanks to the new insights and experiences, Guillermo began the creation of two piano books in order to help pianists and adults to have fun with actual, simple and appealing music. One of them was finished by the end of that same year and it consists of 9 performance songs called «Inner voice». All the songs of the book have a shared harmony/melodic motive that gives them a particular identity. Dispersed through the pieces like an invisible gene, that melodic and harmonic motive represents the common element of all the songs, the inner voice speeches that we all have in certain circumstances. Even though the difficulty of the book increases gradually in each piece, it is specially constructed for older beginners

with only a few years of experience with the instrument.

The second book, Lighthouse Beam, Piano for the older beginner, also created in 2015 and finished in September 2016 is specially written to help older beginners with the complex task of understanding how to approach piano for the first time. Its philosophy turns around the general preconception of piano music which is based on providing a huge amount of information in order to be able to perform piano. Even though it seems necessary to teach all the piano/music elements to practitioners, Guillermo believes that the learning process should be faced from a cognitive and deductive perspective. In this method, knowledge is regulated and organized in regard to the objective of the individual self, considering crucial to provide training of many small and diverse exercises, which allows practitioners to adapt their

progression to a logical order and speed.

In order to see your own development and achievements, this method also includes several performance pieces in different styles and a full training guide to learn them. These distinctive and customized training exercises are designed to explain how each element of the performance songs can be studied and mastered. This method will help adults to play piano and have fun with music from day one. Today, Guillermo combines coaching music with consulting organizations that want to reframe their structures & systems, change a dysfunctional organizational culture or define better processes to become more effective 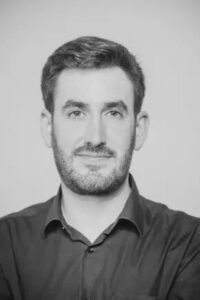